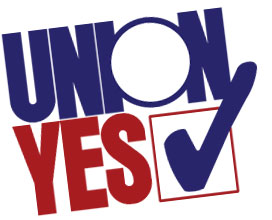 Many employees of the Catholic PeaceHealth system in the Northwest already have union representation – and another thousand will before the curtain falls on 2016. Last week a group of 100 health care techs at Longview’s PeaceHealth St. John’s voted to join SEIU Local 49 – and another 900 at PeaceHealth facilities in Vancouver have just completed voting. The latter group voted in favor of joining a union last month by a 3-1 margin, but needed a runoff to decide whether an AFT or SEIU health care affiliate would win the job. The election procedure demonstrated that a union organizing campaign doesn’t have to be a bitter and conflictual affair if all sides bring a charitable perspective. According to the Columbian newspaper, PeaceHealth management was positive about the tone of the campaign:

“We greatly appreciate the respectful manner in which our caregivers considered this issue and one another’s point of view,” said Wade Hunt, PeaceHealth Southwest interim chief executive, in a notice sent to employees after the first vote. “The respectful nature of the discussions leading up to the vote were a credit to our people and to the special culture we have created at PeaceHealth.”

What is the Worker Rights Consortium? Gaps–Part One
Scroll to top