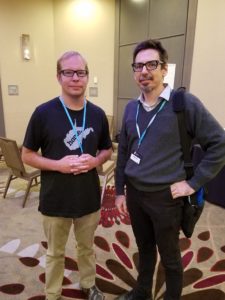 In late June, hundreds of priests from across the country gathered in St. Louis for the annual meeting of the Association of US Catholic Priests (AUSCP) and elected Fr. Andy Switzer, a prominent West Virginia labor priest, to join the organization’s leadership team.

Fr. Switzer introduced himself to the assembly in a speech reflecting on his upbringing as the son of a coal miner and his ongoing commitment to bring the good news to West Virginia workers. Switzer first came to the attention of the Catholic Labor Network when he was arrested alongside more than two dozen retired mineworkers and union activists in a civil disobedience action. (The mine operators were attempting to use restructuring and bankruptcy proceedings to escape health care obligations for some 23,000 retirees.)

Other high points of the conference included a keynote address by Cardinal Blase Cupich exploring how both lay and ordained Catholics share a common priesthood through their Baptism, and a colloquium led by Bishop John Stowe on the topic of “Prophetic Obedience and Prophetic Action.” Finally, Fr. Rich Creason, recently retired Pastor of Holy Trinity Church in St. Louis and a longtime member of the Catholic Labor Network, was honored for his life’s work at an award banquet (alongside Sr. Norma Pimentel, whose work caring for migrants in McAllen, TX, has brought her national recognition).