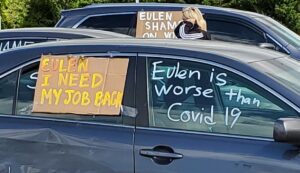 In Washington DC’s National Airport, a group of immigrant workers from Africa and Latin America has been struggling for years to form a union and bargain for a living wage. Now they are concerned that their employer, the multinational corporation Eulen Group, will use covid-related layoffs to kill the their union drive, targeting union activists.

At National Airport, Eulen employees clean airplane cabins and terminal floors, push wheelchairs and perform other service tasks. Eulen is one of several contractors performing this work at the Washington National and Dulles Airports, but the company has distinguished itself by fighting tooth and nail to prevent its workers from organizing at Washington National — and for that matter, Miami and Fort Lauderdale Airports as well. In each case the company’s unlawful attempts at intimidation resulted in Unfair Labor Practice charges before the National Labor Relations Board. 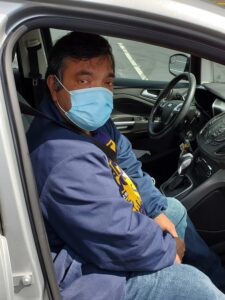 Now that air traffic has cratered due to the pandemic, much of the Eulen workforce has been furloughed, and union activists fear that they’ll be left off the recall list in retaliation for exercising their right to organize. That’s why the workers organized a car caravan that drove slowly through the airport with signs demanding that recalls follow order of seniority.

Eulen workers just want the same wages, benefits and job security enjoyed by those employed by other airport contractors. “Right now, we have no benefits and we are not protected,” explained furloughed Eulen floor tech Edwin Santos Giron, one of the caravan participants. We want respect like everyone else.”