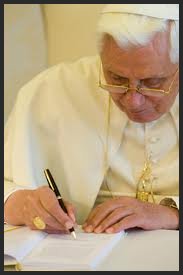 Friedrichs, the Church and the future of labor

In the labor world, the big winter story is the Friedrichs case, which has come before the Supreme Court. The plaintiffs, California teachers, argue that the First Amendment should exempt them from paying union dues or fees. Union members of all stripes are already permitted to opt out of paying for donations to election candidates and similar political spending, but the teachers want more. They argue that since the government is their employer, collective bargaining and grievance handling is also “political” so they shouldn’t have to pay for this either. Of course, they still get all the benefits of the union contract — the raises, the benefits, the protections that ensure fair treatment by their supervisor — it’s just that the bill falls on others. This makes it extraordinarily difficult to sustain labor unions as associations of working men and women by pitting their individual, material interest in getting something for nothing against their aspiration to work together with their fellows for the common good.

The Church does not have a teaching on “right-to-work,” but it does have much to say about the rights of workers — and it’s hard to square public policy actions designed to weaken labor organizations with Pope Benedict’s message in Caritas in Veritate that promoting the right of workers to form associations to defend their rights is even more important today than in the days of Rerum Novarum. The Wisconsin Catholic Conference said as much when Governor Walker moved to strip state and local government workers there of their collective bargaining rights. So did Archbishop Blase Cupich, as Illinois politicians weighed right-to-work legislation for their state.

At an even more fundamental level, the legal theory of the Friedrichs plaintiffs posits an absolute individualism deeply at odds with the Catholic vision of human nature. The Gospel of right-to-work prioritizes individual self-interest over the common good, and has little in common with the Gospel of solidarity and love of neighbor we strive to follow.